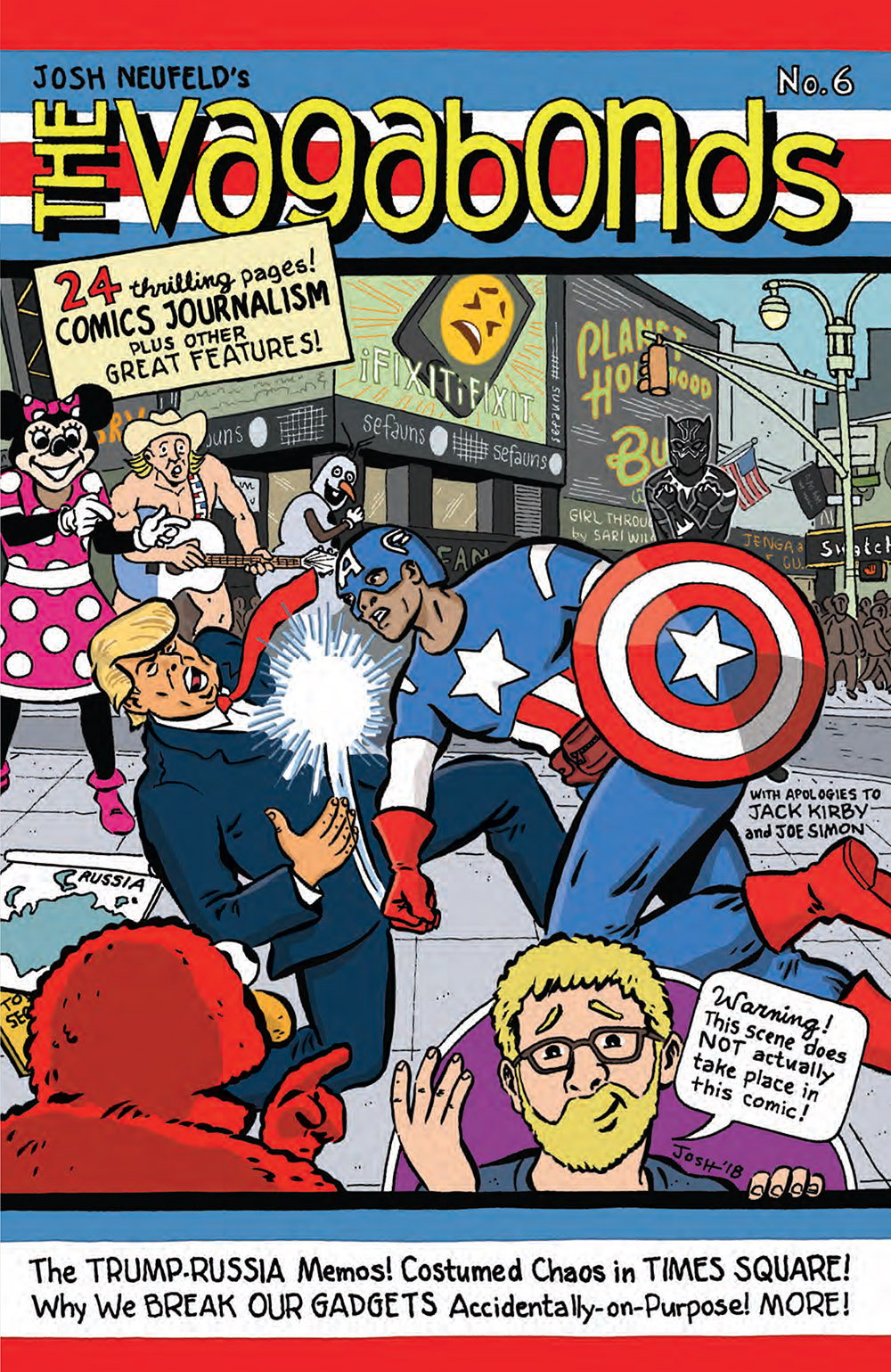 I’ll be tabling at MoCCAFest this weekend (table I 270 A) with the latest issue of THE VAGABONDS. 24 thrilling pages of COMICS JOURNALISM and other great features!

A lot has changed in this country—and the world—since the last issue of The Vagabonds, so it’s only fitting that this issue features a Donald Trump story. My explainer on the former British spy Christopher Steel’s “dossier,” originally published by Columbia Journalism Review in the fall of 2017, remains surprisingly relevant, as the special counsel seems to be using the memos as a “road map” for his investigation into collusion between the Trump campaign and Russia. This issue’s longest story—originally published by The Nib in the fall of 2016—looks into the influx of costumed characters into New York’s Times Square. In the piece I explore the phenomenon — who are these unlicensed Elmos, Spider-Men, and Minnie Mice, and why are they there? This issue also features a fun story I did for Harvard Business School’s Working Knowledge. Do you often find yourself losing or breaking your old phone just when a new model reaches stores? Well, you’re not alone… The story shows how researchers — using the game of Jenga and a precious coffee mug—were able to get test subjects to replicate this risky, self-destructive behavior. THE VAGABONDS #6 closes out with a couple of shorter pieces, including a collaboration with my mother, the artist Martha Rosler.

I look forward to seeing you at MoCCA Fest this weekend and handing you an autographed copy of THE VAGABONDS #6. (And of course I’ll have copies of previous issues of The Vagabonds, as well as A.D., The Influencing Machine, Terms of Service, Flashed, and much more!)