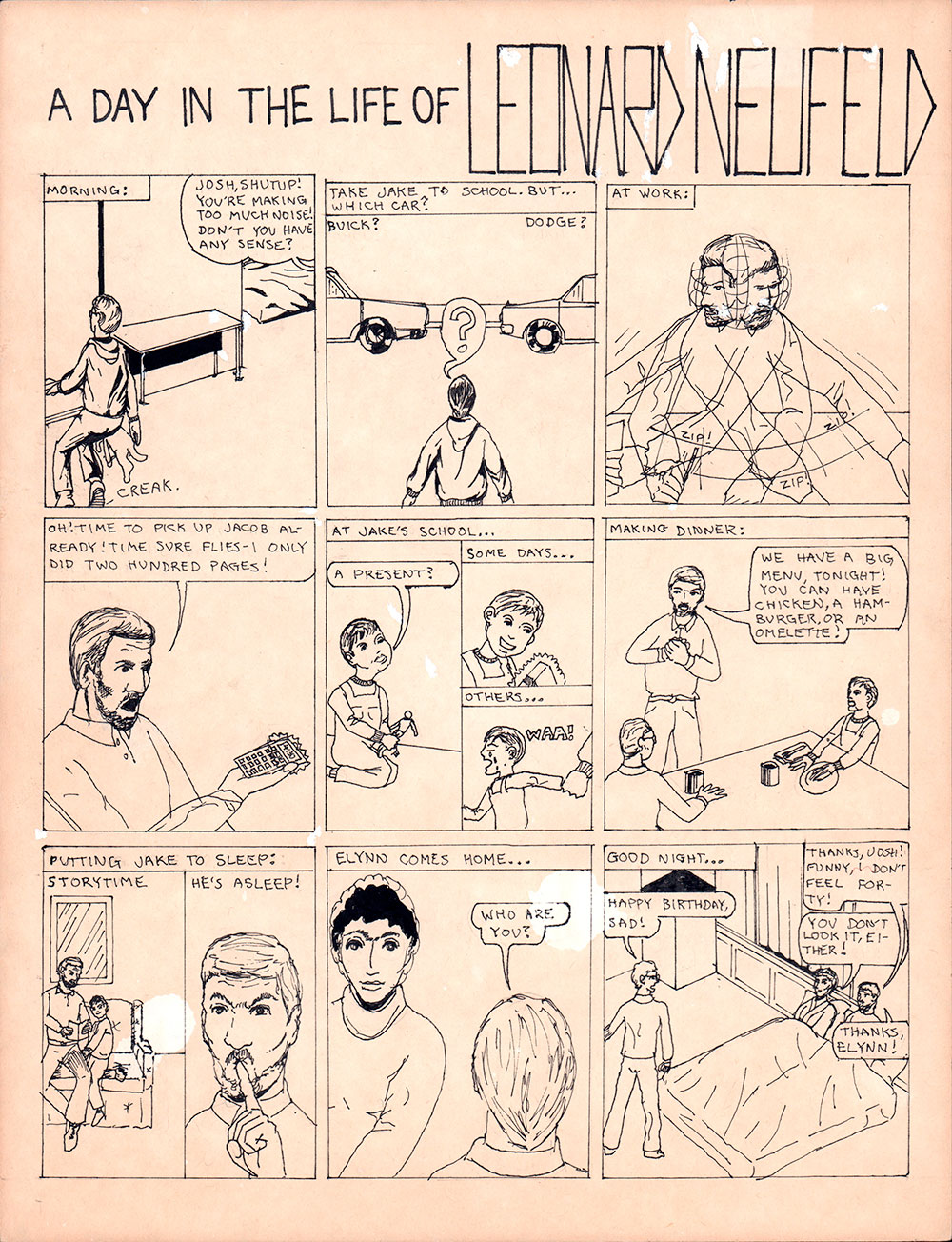 Matthew Baker—or Mx. Baker, as he prefers to be called—is a rather mysterious fellow who writes for a living. He contributed a wonderful “seeder” piece to the “Brothers” triptych of FLASHed (responded to by Jon Lewis and then Julia Fierro), and he curates a blog called Early Work, which (as you might guess) highlights the immature work of established writers and artists. My take on the blog is that the stuff each creator chooses shows hints of the themes and styles of their later, mature work. (Or maybe it’s just amusing to see how far they’ve come!) Folks featured on Early Work include cartoonist Anders Nilsen, writer Kelly Luce, and poet Naomi Shihab Nye, to name a few. And now… me.

As you may know, I’m a bit of a hoarder and I have files full of old artwork, going back to my youngest days. (My mom and dad have their share of my childhood drawings as well.) So there was a lot of material to choose from. On the other hand, I was apprehensive about sharing my immature artwork with the world at large.

But with Matt’s help, I was able to whittle down all that material to some stuff from my teenage years and early twenties that I wasn’t too embarrassed about: a collection of one-page comics I did for my dad for his birthday each year, a series of illustrations of roommates from my freshman-year college dorm, and a series of trompe-l’oeil illustrations I did for loved ones.

One aspect of the Early Work site I really like is its “raw” quality—the drawings are presented on the wrinkled, yellowed paper they were done on. Stories are scrawled in a child’s hand. Nothing is cleaned up in PhotoShop. This is ephemera, often plucked from decades past. So I really tried to get into the spirit of that.

Another fun thing about Early Work is that each contribution features a statement by the creator about the “early work” and a photo of the them from that period. There’s something really poignant and charming about these photos of “anonymous” kids who later became  respected writers and artists. Who knew (besides me) that there was a photo of me posing with the late, beloved musician Prince? (Well, a poster of him, at least…) Read on to see for yourself…

So without further ado (what is “ado,” anyhow?), here are some links to my “early work”: